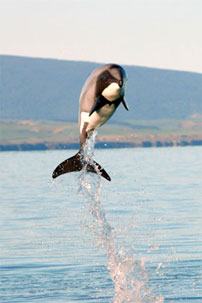 By Heck It’s Back

One of the world’s smallest and rarest marine dolphins, the Hector’s Dolphin, has been seen in Wellington Harbour, more than two years after the last sighting. The person who spotted the dolphin said it had “spent about five minutes zooming under and around the boat before disappearing.” “It is really exciting to see the return of this very special New Zealand dolphin,” DOC Kapiti Wellington biodiversity program manager Peter Simpson said. “The next step is to try and get a high quality photograph and genetic sample of the dolphin to see if it is the same or a different individual from the one that visited us in 2009,” Simpson said. Hector’s dolphin was named after Sir James Hector (1834–1907). He was the curator of the Colonial Museum in Wellington (now Te Papa Tongarewa). He examined the first specimen found of the dolphin.