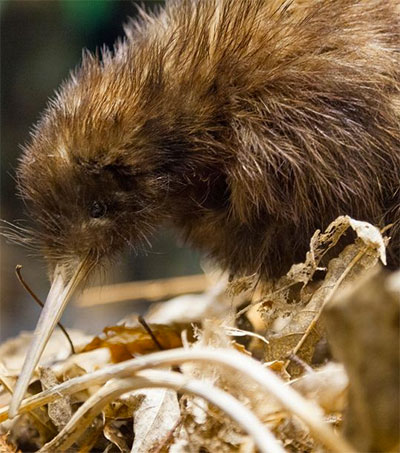 “When humans arrived in New Zealand some 700 years ago, they discovered a plethora of unusual birds that could be found nowhere else in the world, having evolved in isolation on the island … All of these birds, along with half of New Zealand’s avian taxa, have since gone extinct. And according to a new study in the journal Current Biology, it would take 50 million years to recover the bird biodiversity that has been lost,” Brigit Katz reports for Smithsonian.com.

“The impact of humans on New Zealand’s avian species is relatively well understood,” Katz writes. “Because many of the nation’s birds were large and flightless, they were particularly susceptible to habitat alteration, introduced predators and hunting – first by Māori, then by European settlers. Today, some of the nation’s most iconic species remain at risk.

“But according to the authors of the new study, ‘little is known about the long-term macroevolutionary impact of anthropogenic extinction. In other words, how far have humans perturbed this unique and isolated biological assembly from its natural state?’

“To find out, the research team looked at previously collected archaeological and paleontological data, which pinpoint the times that many of New Zealand’s birds went extinct, according to Roni Dengler of Discover [magazine]. The researchers also collected DNA sequences for extinct New Zealand birds, published in earlier studies. They then used computers to simulate a variety of human-induced extinction scenarios, estimating natural rates of extinction, speciation (the formation of new species) and colonisation (the spread of a species into a habitat or ecological niche).

“The team’s simulations showed that it will take an astonishing 50 million years to recover the number of bird species lost since humans arrived on New Zealand, which, as the study authors point out, ‘far exceed[s] the amount of time that humans have existed’. Additionally, the researchers found that if all of the nation’s threatened avian species were to go extinct, it would take around 10 million years for New Zealand’s birds to bounce back to today’s numbers.

“‘The fact that it is such a huge amount of evolutionary time lost really puts into perspective the impact that humans have already had on natural isolated systems,” Luis Valente, evolutionary biologist and lead author of the new study, tells Dengler.

“‘Regardless of the [conservation] path we choose, our results caution that the policy decisions we make today will have implications far into the future,’ the authors of the new study conclude. “Luckily, New Zealand’s pioneering bird conservation efforts may yet prevent millions of years of evolutionary history from further being lost.’”