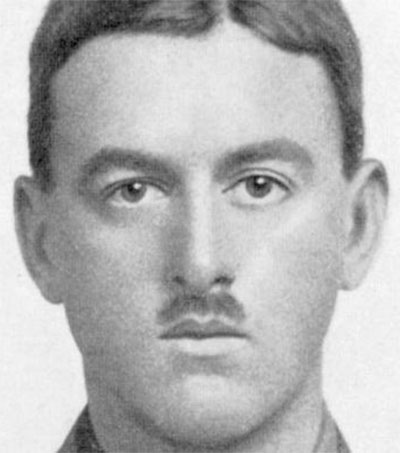 Burial at Last for WWI Soldier Killed at Ypres

Captain Walker, who fought with the Royal Warwickshire Regiment, was shot in the stomach and killed on 25 April 1915, after leading an attack during the second battle of Ypres in Belgium.

The celebrated athlete, known to his family as Jack, was buried with five unknown soldiers of unknown regiments at the Commonwealth War Graves Commission’s New Irish Farm Cemetery, in Belgium.

Their remains were discovered in 2016 when gas engineers began excavating ground where the battle took place.

His great-nephew Alistair Innes Walker, 55, attended the military burial service with his son Jack, 20, and described the ceremony as “overwhelming”.

“It was a wonderful service and for the family it brings a sense of closure,” he told The Times. “It’s not an end to the story but it’s certainly somewhere where we can come back to.”

He said it was “essential” that soldiers continued to receive burials once their remains were discovered. “There are so many clichés, that they gave up their today for our tomorrow, but it’s so true. I am standing now looking over thousands of headstones and it’s overwhelming to think that these guys, who were 23, 22, 26 years of age, gave their lives for us. Even though it is over 100 years ago we should never forget.”