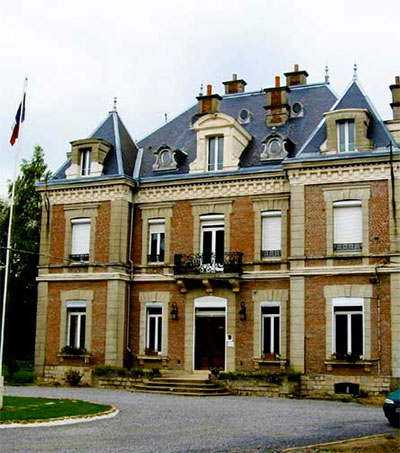 New Zealand’s first permanent war memorial museum in Europe is being unveiled in the medieval fortified French town of Le Quesnoy, which was liberated by New Zealand soldiers a century ago in the final week of the First World War.

A dedication ceremony for the future museum and visitors centre, which could open by 2022 and would be the first and only permanent commemoration to honour New Zealand’s effort on the Western Front across both world wars, will be held on 4 November.

It comes exactly 100 years since New Zealand’s ingenious Rifle Brigade used ladders to scale the fortress defences, with its moat and soaring brick ramparts, and liberate the town, which had suffered under German occupation for four years, without a single civilian casualty.

The occasion is also being marked with the release of a six-part online video documentary, The Liberation of Le Quesnoy. The series, made by Jude Dobson with funding from NZ On Air, is screening on nzherald.co.nz.

Mayor Marie-Sophie Lesne says her people will never forget the sacrifice made by such a small nation so far from home.

“We will always be very grateful to the men from your country for liberating our town. They rest here with us and our bond is very strong with New Zealand. It will never be forgotten,” Lesne said.

“We want to make sure those stories of young New Zealanders who travelled to the other side of the world a century ago are passed on to future generations,” Clark said.