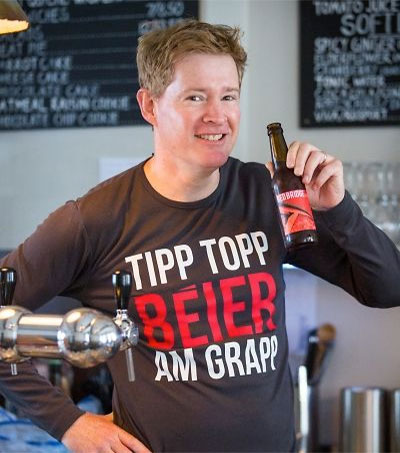 The tipple is among four designed by Hatherly.

“I’m gratified, that’s for sure. It’s very nice to have that in the pocket,” the brewer said, adding: “I knew that it was a good beer and people have been saying nothing but good things but I didn’t expect this.”

Hatherly, who has been homebrewing since he was a student, launched Capital City Brewing in Luxembourg this year.

Hatherly, who has lived in Luxembourg for the past 13 years, is currently seeking a permanent site to build a brewery.