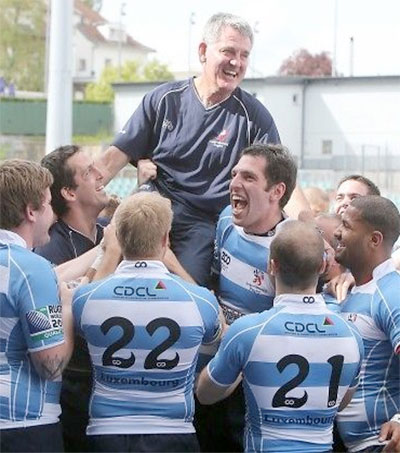 Rugby in Luxembourg owes a great deal to departing development officer and national coach New Zealander Marty Davis who moved to the country 12 years ago.

What Davis initially expected to be a two-year role as national coach became a long-term job as he worked on developing the sport in schools.

“When you start from scratch, it was obvious you had to go into schools,” Davis said, explaining that over the years he was able to take rugby to 26 of the country’s 48 secondary schools.

Davis leaves a solid rugby legacy in Luxembourg, where he will be fondly remembered by many. “12 years. When you think, it’s 20 per cent of your life … I’ve a wonderful job to go to. It’s funny, leaving things in such a good place.”

Davis next takes up the role of CEO for the Poverty Bay Province Rugby Federation.