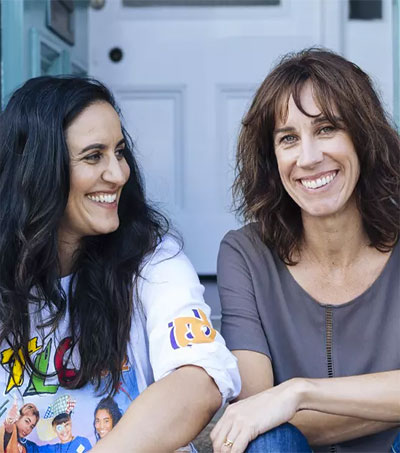 Breaking up Is Easy for Sami and van Beek

Madeleine Sami and Jackie van Beek’s film The Breaker Upperers has opened strongly in New Zealand after warm-hearted reviews at the South by Southwest festival in Texas. This week, their comedy opens the Sydney Film Festival.

This year’s festival reflects the currents that have started changing filmmaking since the rise of the #MeToo and Times Up movements, featuring a strong programme of films by women directors. Six of the 12 films are in competition for “audacious, cutting edge and courageous” cinema, while other films focus on female characters.

The Breaker Upperers centres on two best friends and roommates, Jen (van Beek) and Mel (Sami), who provide a professional break-up service to partners not brave enough to dump their unwanted lovers. For a fee, they will act out a fake pregnancy or lie about a drowning to end a relationship.

But their cold-hearted business is threatened when Mel falls for a client – a handsome but not-overly-bright rugby player (James Rolleston, the now-grown-up star of New Zealand hit Boy) who has been trying to break up with his passionate girlfriend (Ana Scotney) by emoji.

Seizing a moment when the New Zealand film industry was looking to encourage female directors, van Beek, 42, (pictured right) and Sami, 38, have delivered their own version of a buddy comedy.

The duo surrounded themselves with an experienced team – largely women – so they could focus on their performances in the film.

“We left a lot of room for improvisation,” van Beek says. “Sometimes Madeleine and I would tangent into what we considered comedy gold …”

Sami: “But some people might consider comedy poo. We’ve edited a lot of the comedy poo out.”

Sami adds: “We barrelled ahead with this project and we just convinced everyone else and ourselves that it was possible. And it totally is.”

Original article by Garry Maddox, The Sydney Morning Herald, May 28, 2018.