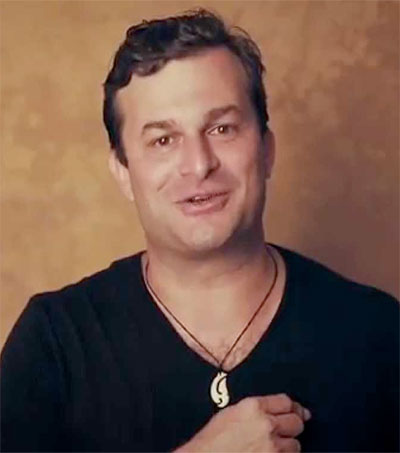 Schurmann’s varied credits include suspense horror mockumentary Missing and documentary U-513 Lonely Wolf. He is famed in Brazil as part of the first Brazilian family to sail round the world, accompanied by parents Vilfredo and Heloisa Schurmann, brothers Pierre and Wilhelm and, on a second circumnavigation, the Magalhaes Global Adventure, five year-old Kat.

Little Secret certainly acknowledges the Schurmanns’ yachting background. But its singularity, which also gives the film its emotional sweep, is the life of Kat Schurmann, who died of AIDs at the age of 13, in a three-part movie narrating the life journeys and destinies of people who loved her.

Father Robert, a New Zealander who having had a sheltered upbringing, is swept off his feet in the Amazon by a beautiful local girl who suffers a tragic accident. Kat, adopted by the Schurmanns and a 12 year-old rebel, demands to know the identity of the illness she was born with. Meanwhile, a British woman living in New Zealand, struggles with alcoholism, her husband and resentment at her son’s abandonment of her, so she determines to reclaim her grand-daughter, Kat.

“Whenever I tell people about Kat’s life story, people say it’s so incredible, it should be a movie. I always thought it would be more interesting to be told in a non-linear fashion, rather than like a conventional biopic,” Schurmann said.

The film is set in Belem, capital of the Amazon region Para state, Florianópolis in Southern Brazil, and New Zealand.