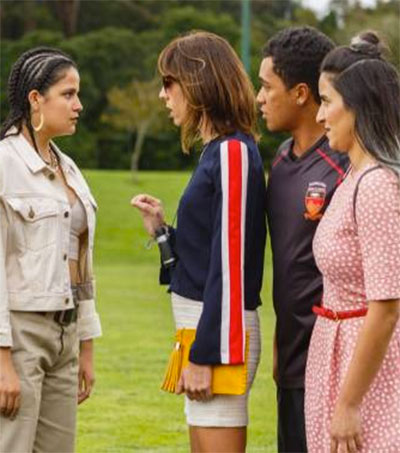 If you enjoy contemporary New Zealand comedies like Boy, What We Do in the Shadows, and Hunt for the Wilderpeople, then you should put this Taika Waititi-executive produced title The Breaker Upperers on your radar, recommends entertainment website Collider.

“The Breaker Upperers is the latest film to channel the unique comedic stylings of New Zealand’s most creative storytellers,” Dave Trumbore writes for the site.

Collider has the first glimpse of the film “thanks to its first trailer ahead of its premiere at SXSW early this March.”

“Written by, directed by and starring Jackie van Beek and Madeleine Sami, The Breaker Upperers centres on their characters, Jen and Mel, who make a living by breaking up with significant others on behalf of their weak-willed clients,” Trumbore writes. “It’s a perfect setup for all kinds of awkward comedy that’s part and parcel to Piki Films’ productions. Van Beek and Sami may not yet have as recognisable a name as Waititi here in the United States, but hopefully exposure resulting from films like The Breaker Upperers will help to change that. Who knows, we might even see them at the helm of a Marvel movie in the future.”