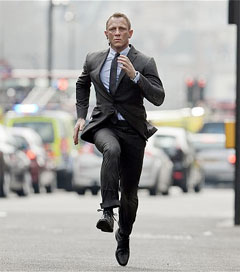 Researchers from the University of Otago have analysed 22 James Bond films and discovered that violent acts in the films have more than doubled since Dr No in 1962. In the first 007 film, researchers counted 109 violent episodes, which is significantly lower than the 250 counted in 2008’s Quantum of Solace. The most violent Bond film is Tomorrow Never Dies, which was released in 1997 and has 400 violent acts. Pierce Brosnan is the Bond with the highest body count, averaging 19 kills per film. Co-author of the study, Professor Robert Hancox said the trend represented the direction movies were going in: “The main point of this is that it’s not just Bond. It’s about what’s happening in movies and media in general.”