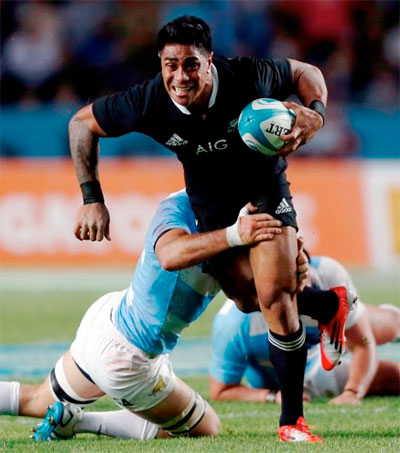 The All Blacks have wrapped up their third successive Rugby Championship crown with a comprehensive 34-13 win over Argentina at Estadio Ciudad de La Plata.

First half tries to Ben Smith and Israel Dagg gave the All Blacks a 20-6 halftime lead, then Julian Savea and replacement halfback TJ Perenara crossed in the second spell to secure the bonus point win.

The All Blacks’ dominance up front gradually wore down Argentina as the second spell wore on, the New Zealanders capitalising on a series of turnovers and handling errors to keep the pressure on.

A flying Savea proved unstoppable from just inside the 22, latching onto Aaron Smith’s cutout pass down the left to bump off a series of ineffectual tackles and score.

The All Blacks now travel to Johannesburg for the final Rugby Championship match against South Africa at Ellis Park on October 5.