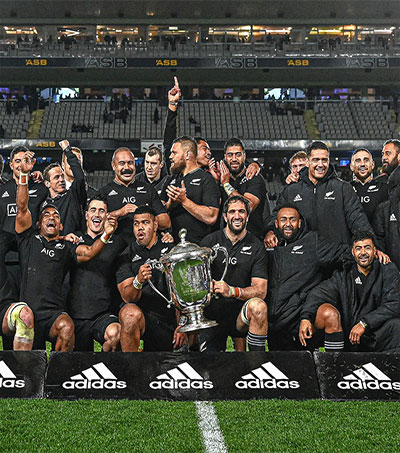 “The Wallabies admit they ‘didn’t respect the ball’ enough against a potent All Blacks outfit that scored more points than ever before against Australia and only increased its aura in a one-sided Bledisloe II fixture,” Tom Decent writes post-match for The Sydney Morning Herald.

“Australia surrendered the Bledisloe Cup for a 19th year in a row as the All Blacks inflicted a crushing 57-22 defeat in Auckland,” Decent writes about a match the newspaper dubbed, a “Bled-bath”.

“New Zealand scored two five-pointers from intercepts and another six in all-too-easy fashion to ruin Australian hopes of breaking a 35-year Eden Park hoodoo and winning on Kiwi soil for the first time in two decades.

“Their 57-point haul was the most New Zealand have scored against the Wallabies in more than 100 years of clashes, shading the 54-34 result in Sydney in 2017.”