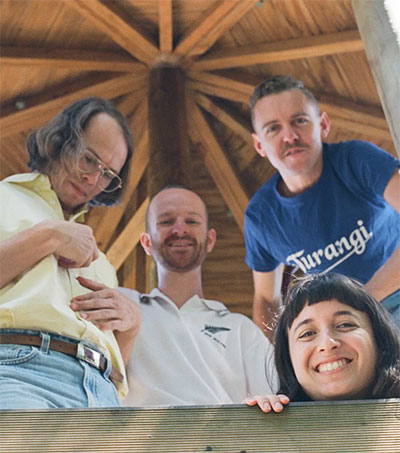 The Beths Brand With Self-Doubt

When The Guardian’s Brodie Lancaster’s video call connects with Auckland songwriter Elizabeth Stokes, he writes that he realises she’s opted for an audio-only chat and switches his camera off too. It’s the kind of self-consciousness that makes her music with The Beths feel like a mirror, “revealing all of my own neuroses”, Lancaster reports for the UK newspaper.

“I don’t think I do a very good job speaking and I quite often prefer not to,” Stokes tells him. “It’s quite, um – it’s hard to think on your feet.”

Stokes’ reticence shouldn’t come as a huge surprise: her four-piece band have kind of made self-doubt their brand.

The Beths’ first record, 2018’s Future Me Hates Me, introduced the world to a band that was all guitars and catchy melodies, with a self-effacing sentiment beneath the jangle.

The Beths’ second record, Jump Rope Gazers, grapples with the pressure – both internal and external – of living up to the dream you sketched out for yourself; the shame that comes with falling for your own insecure bullshit again; and the frustration of feeling untethered to life back home.