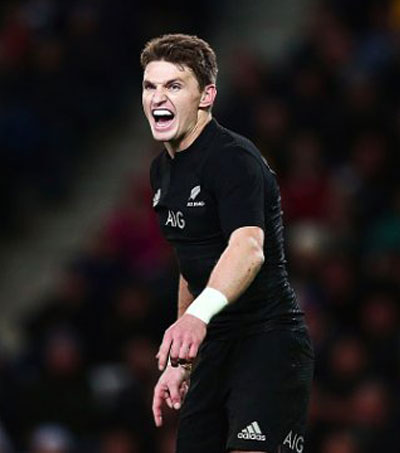 “New Zealand flyhalf Beauden Barrett has been voted World Player of the Year as the world champion All Blacks swept the major awards at the end of a record-breaking rugby season,” as reported in The Washington Post.

“I’m hugely proud and humbled to receive this award,” said Barrett, as reported in the NZ Herald. “It’s a team game and I accept it on behalf of the team.”

The New Zealand All Blacks “won Team of the Year after posting a world-record 18 consecutive test wins before losing to Ireland in Chicago last week.”

“Barrett established himself as the All Blacks’ first-choice flyhalf this season after taking over the No. 10 jersey from the previous winner of the Player of the Year award, Dan Carter, who is now playing club rugby in France,” as reported in the article.

“Barrett quickly made a mark as one of the most skilful and inventive flyhalves in world rugby, playing a major role in the development of New Zealand’s attacking game. Barrett’s goalkicking has been sub-par in recent matches but he remains a key member of the All Blacks lineup,” reports the article.