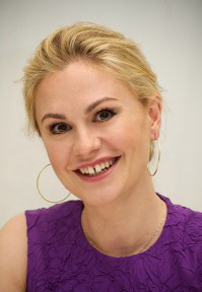 Back to the Big Screen

New Zealand actress Anna Paquin is to star alongside Ryan Phillipe in independent comedy Straight A’s which is set in Louisiana. Phillippe portrays a man who’s been in and out of rehab for 1 years and is haunted by the ghost of his dead mother pressing him to return home to the family he turned his back on years ago. Outfitted with nothing more than a bag of pills and a sack of weed, he trots back to Shreveport, only to be faced with his brother’s wife (Paquin), who’s still pining for him, her first love. Paquin will also be seen next month in Fox Searchlight’s Margaret.