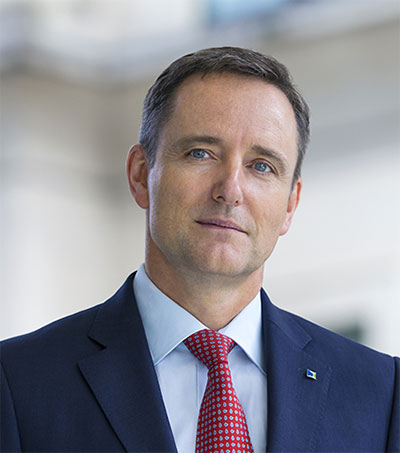 In 2013, New Zealander Mark Wilson, an insurance turnaround specialist hired from Hong Kong to fix a then-troubled Aviva, was wondering how he could overhaul its Irish business in a very difficult market.

“When I came in, Ireland was one of the worst businesses we had,” Wilson, 51, says. “Expenses were out of control, profit was declining, sales were terrible. It wasn’t a great picture.”

While Wilson had a sizeable task dealing with the unwieldy London-headquartered group when he joined in January 2013, some of the hard lifting had already started in Dublin.

The same year, Aviva reversed a decision made in 2009 to locate its European headquarters in Dublin. The speculation in financial circles at the time was that Aviva wanted out of Ireland entirely.

Surgery in Ireland continued under Wilson. The local unit’s gold-plated defined-benefit pension plan, where payments are linked to employees’ final salary, was closed within months of his arrival and the health unit was sold in 2016.

It has paid off. While the wider insurance industry is only now staggering out of a period of large underwriting losses in recent years – amid a surge in claims, court awards and legal costs – Aviva has been profitable since 2013.

The corporate fixer shifts in his seat, however, when asked if he’s planning on moving on after five years at the helm of Aviva?

“I’m getting asked this question quite a bit at the moment. I do like turnarounds and, yes, we’ve fixed the business,” Wilson says. “But my job will be finished when we’ve reinvented the insurance world in terms of the offerings that we give to customers, when the stock price is a whole lot higher and we have a team in place that could take over. And that date is not remotely close.”