An entrepreneurial NZ website is selling words for SUS1 each in a bid to create a one-of-a-kind multi-authored novel. The brains behind anovelmillion.com is Australian born Aditya Kesarcodi-Watson. “Anybody is capable of buying…

Swimming with the Devil Fish, Des Wilson’s timely history of the British poker scene, gets a great review in the Guardian. “While the US market is saturated with poker manuals and ghosted autobiographies, the…

A Place in the Sun

Granta editor, Ian Jack, writes about Katherine Mansfield’s convalescence in Menton for the Guardian. Menton, a resort town on the French Riviera, was renowned for its curative sea air in the early 20th century….

Writers | Globe and Mail (The)

Historian Gavin Menzies recently visited NZ to promote his controversial bestseller 1421. One of the most contentious theories in the book is that NZ was mapped and settled by Chinese 3o0 years before…

Baigent Down But Not Out

The Guardian interviews NZ born writer and historian Michael Baigent – “the man who sued Dan Brown and lost.” Baigent co-authored The Holy Blood and the Holy Grail with Richard Leigh and Henry Lincoln….

Weldon in Class and on Screen

NZ raised novelist Fay Weldon has signed on to teach creative writing at Brunel University, as part of the UK institution’s new MA course. The prolific writer of bestsellers including Puff Ball, Praxis and…

The latest book by acclaimed British author, Jenny Diski – On Trying to Keep Still – opens with her visit to NZ in 2004 for the NZ International Arts Festival’s Writers and Readers Week….

Career ready for take off

Out in the Open

An interview with mystery author Anne Perry in the Times inevitably brings up her former life in NZ as Juliet Hulme, one half of the murderous teenage duo portrayed in Peter Jackson’s Heavenly Creatures….

Linda Carroll, therapist, writer and mother of Courtney Love has written her memoirs, which include an account of the family’s unconventional attempt to live an alternative lifestyle in Nelson and their struggle to deal… 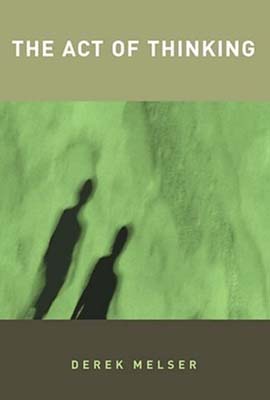 Massey University PhD and Wairarapa philosopher Derek Mesler has been published by the MIT Press. The Act of Thinking is “the work of a mature, sophisticated and profound thinker who may just have written…

Pamela Stephenson, NZ born psychologist, author and wife to comedian Billy Connolly, has published a book retracing the 19th century travels of Fanny and Robert Louis Stevenson. The Advertiser: ” loosely as the diary…

The case for the code

The man behind international best-seller The Da Vinci Code, Dan Brown, will face a High Court action brought by the authors of the non-fictional work The Holy Blood and the Holy Grail (1982). The…

Flying the southern flag for philosophy

Victoria University’s Professor Kim Sterelny has won the 2004 Lakatos Award for his book Thought in a Hostile World: The Evolution of Human Cognition. The $10,000 prize, named in honour of Karl Popper protégé…

Literary doyenne Liz Calder, co-founder of Bloomsbury Press and nurturer of such talents as Salman Rushdie, Anita Brookner, Julian Barnes and J.K Rowling, has continued her success with the establishment of the Festa Literaria…

From strength to strength

Catherine Chidgey’s second novel, The Strength of the Sun, is rapturously received in the New York Times. “It’s difficult to articulate exactly what gives this novel its unassuming power … In combination, the disparate…

One of the co-authors of controversial U.N tell-all Emergency Sex and Other Desperate Measures: A True Story From Hell on Earth is NZ-born doctor Andrew Thompson. Described on Amazon as a “scorching, devastatingly…

Analysing the “Yucky Side of Life”

John Crace interviews Joanna Bourke, lecturer, historian and author of numerous academic books including the controversial An Intimate History of Killing and her most recent publication, Fear: A Cultural History. “Historians tend to come…

Whale Rider‘s US paperback release garnered further praise for author Witi Ihimaera. “Some writers create such beautiful prose that it might be poetry or music. Witi Ihimaera … is one such writer.”

Ric Birch, the NZ born maestro behind many of the sporting and cultural worlds’ most spectacular events, has published a tell-all autobiography entitled Master of the Ceremonies. Birch has organised the opening and closing…

Wellington-based British author Neil Cross, has made the 2004 Man Booker Prize long-list with his fourth novel, “Always the Sun”. The story tells of a father’s attempts to prevent his son from being…

Fay Weldon’s autobiography – Auto Da Fay – featured in the New York Times‘ New and Noteworthy Paperbacks section. “Unlike many of the female characters in her dozens of breezy novels, Weldon comes off…

The Statesman talks to nomadic NZ writer, Will Marks, about his ongoing love affair with India while reviewing his debut novel, The Highway. “I didn’t have a lot of expectations of India but when…

Marina Warner recommends Anne Salmond’s The Trial of the Cannibal Dog: Captain Cook in the South Seas as essential holiday reading in the Guardian‘s annual summer poll of leading authors, journalists, and critics. “The historian…

Barbara Anderson’s latest novel, Change of Heart, warmly reviewed in the Times Literary Supplement: “With the authority of experience Anderson captures perfectly the foibles, prejudices, anxieties and joys of the kind of septuagenarian who…

King More than Qualified for Role of National Historian

C.K Stead reviewed the late Michael King’s Penguin History of New Zealand for the Times Literary Supplement, making some keen observations of his own on the subject. “If it were possible to subtract…

The Scotsman profiles Brian Turner – NZ’s poet laureate, brother to Brian (golf) and Glenn (cricket), and part-time caddie. Turner takes two months off writing each year to hit the greens, this time alongside…

“the Most Influential American Criminologist of His Time”

Pioneering criminologist and novelist, Norval Morris, has died in Chicago aged 80. Born in Auckland, Morris studied in Australia, France, and England before embarking on his 30-year academic career at the University of Chicago…

The World According to Bob

Bob MacLaren – writer, comedian, and host of the Discovery Channel’s wacky travel show, Bob’s World – interviewed in the Star. “The idea was to take ourselves not just to the level of your…

NZ mourns the loss of its preeminent cultural historian, Michael King. The author of 34 books – including the groundbreaking autobiographical work Being Pakeha and acclaimed biographies of Dame Whina Cooper, Hone Tuwhare, and…

Ernest Rutherford takes centre stage in Irish writer Brian Cathcart’s latest book, The Fly in the Cathedral: How a small group of Cambridge scientists won the race to split the atom. Rutherford is described…

From sea to sky

Claire Tomalin reminisces about the fascinating subject of her 1987 biography, Katherine Mansfield: A Secret Life. “Mansfield has often been seen as one of the bad girls of literature. And it’s true that she…

Voyaging the Pacific, Miles Horden’s account of sailing between his native NZ and Patagonia, reviewed in Japan’s Daily Yomiuri. “Miles Horden’s book … is a cracking good yarn, mainly because he is such a…

Salt of the edge

In wake of the latest Booker Prize controversy – in which winner, DBC Pierre, announced his prize money would be used to pay off $200,000 in drug debts – the New York Times looks…

In the frame … again

Janet Frame was again shortlisted for the Nobel Prize for Literature for a second time, despite making the Swedish Academy’s top five finalists and being picked to win by one of the country’s…

C.K Stead is one of the “international sensations” lined up for the Banff-Calgary International Writers Festival in Canada. The Secret History of Modernism author will join E. Annie Proulx, Jasper Fforde, Joan London, and…

Being Beryl Fletcher: the life of a “feminist firebrand.”

NZ author, Beryl Fletcher, was a guest speaker at the Melboune Writers Festival in August.  Fletcher’s latest work – The House at Karamu – is a personal memoir, which “attempts to map the identity…

Clarke serves up a winner

Kiwi comedian and trans-Tasman icon, John Clarke, talks about his latest book, The Tournament. Clarke admits that his satirical account of a tennis tournament played by artistic and academic legends of the 20th century…

Wellington wordsmiths mash it up

Wellington authors Damien Wilkins and Elizabeth Knox have been nominated for the 2004 International IMPAC Dublin Literary Award. Their novels, Chemistry and Billie’s Kiss, are both in the running for a NZ$196,000 prize,…

Wellington-born Sydney Goodsir Smith is to join the ranks of Scottish poets immortalised in stone outside Edinburgh’s Writer’s Museum. The Makars’ Court attraction is the Scottish equivalent of Westminster Abbey’s Poets Corner, and features…

Brian Boyd-edited Nabokov’s Butterflies, an exploration of Nabokov’s obsession with butterflies that posits Nabokov’s scientific pursuit of lepidoptry as a way of understanding the author more completely, hailed as third  culture exemplar in…

Ex-NZ Women’s Weekly editor, Sarah-Kate Lynch, interviewed in Canada’s National Post about her first novel – Blessed are the Cheesemakers. The tale of a cheese-making couple and their musical cows has been optioned by…

The Magus and His Protégés

“Do creative writing courses work? Judge for yourselves.” The Guardian’s literary gossip column reports on the findings of a recent NZ Listener poll naming the country’s top 10 authors under 40. Six of them…