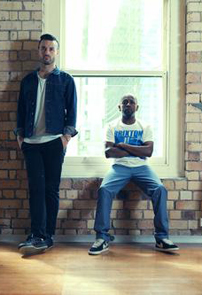 Artists of the Week

Auckland folk-fusion hip-hop-electronic foursome Sola Rosa recently secured the coveted spot as MTV IGGY’s Artist of the Week, edging out the likes of Rocktigers, Los Hollywood, Dama Do Bling, and Scarab. Their victory is not unexpected Starpulse writes; they’re well-received and widely-regarded even outside of New Zealand, with their track Turn Around appearing on a Canadian Molson Beer commercial. Their success was spotlighted by their freshman album Get It Together, which debuted in 29 and its subsequent remix in 21. New Zealand singer Leila Adu, who is based in the United States, was IGGY’s Artist of the Week during May.