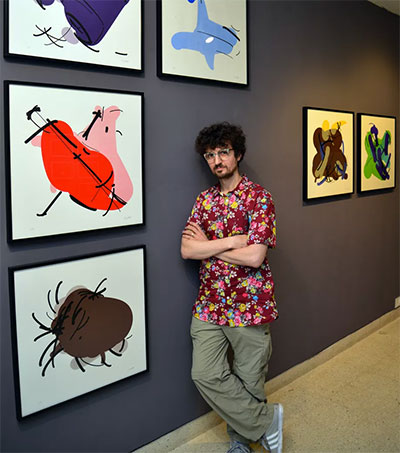 With predictions of cognitive computing taking over human jobs, leading to unemployment, Gradient Descent questions the nature of art.

The show raises an age-old question: is it art?

If yes, then who is the artist? The human who trains the machine with visual data, or the algorithm? Of course, the subtext of all these conversations is whether AI will, in some essential way, replace us.

For White, who showed appealing, machine-created abstract representations of objects such as a cello, a ceiling fan, a bug and a hammerhead shark, the answer is clear. “I think of the computer as a tool or – if I’m being gracious – as a collaborator,” White said.

“I’m setting up a system where the computer can express itself,” he said. “But the intent is my own. I want people to understand how the machine sees the world.”

Gradient Descent is on until 15 September.