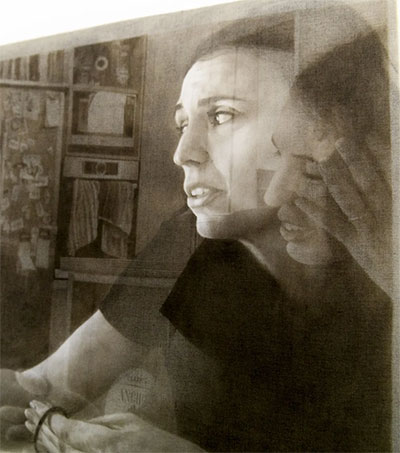 Fortune has favoured John Ward Knox. The Auckland-born artist’s dual-layer portrait of Prime Minister Jacinda Ardern has been recently released from Australian customs just in time to be entered into the Archibald Prize, Chloe Wolifson writes in an article for The Sydney Morning Herald.

Ward Knox said a number of other artists approached Ardern to sit for a portrait for the Archibald but “due to her familiarity with my work … she reached out to me to do it and I very happily accepted”. Despite their political and personal affinities, Ward Knox, who lives in Karitāne, says he tried to discard partisanship.

“I wished to capture Jacinda’s humanity, her thoughtfulness and the simple fact of her being – just like us – a creature with habits, ticks and weighty thoughts that get expressed and held in the body … I’m not interested in her mythology, I’m interested in her humanity,” he says.

The deadline for the Archibald, Wynne and Sulman prizes, has been extended owing to the coronavirus. In the 99th year of the Archibald Prize, the finalists will go on display at the Art Gallery of NSW at the end of September.