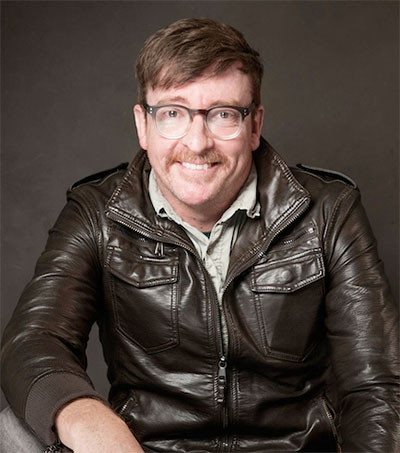 “The loose theme – whatever happened to the spirit of adventure? – feels timely in an age of one-click searches. And the whole enterprise is lent pace and idiosyncratic personality by a likeable natural buffoon who comes across as the Antipodean answer to Eddie Izzard in his aptitude for surrealism and also stands passing comparison with Lee Evans for his vocal and physical bravura.

I loved the patently daft idea of a drop-down Google ‘eyelid’ (his answer to the Google glass), loved too his evocation of getting the seashore muddled up with a duvet during a hallucinogenic trip while on honeymoon in Thailand. In fact, I loved almost all of it and left persuaded that Darby, against the odds, might yet last the course.”

Darby, 40, is originally from Auckland. He is best known for playing Murray Hewitt, the band manager of Flight of the Conchords in the HBO show. He created and wrote mockumentary television series Short Poppies, which recently aired in the United States.

He lives in Los Angeles.