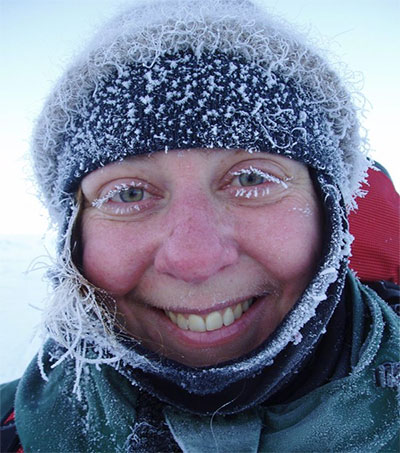 Auckland-born meteorologist Agnieszka Fryckowska has received the prestigious Polar Award for her service with the British Antarctic Survey, joining the ranks of Sir Edmund Hillary and Sir Ernest Shackleton.

Fryckowska was flown from her home in Antarctica to Buckingham Palace to receive the medal from the Duke of Cambridge, Prince William.

Fryckowska moved to Antarctica in 2004 after studying at Otago University.

“I started off as a meteorologist so I started in science, then got a passion for management so ended up as the station leader, managing the stations,” she says.

She says she was honoured by the recognition.

“It means everything – it’s recognition for a Kiwi to have done so much work in the Antarctic and everybody who works down there as well.”

The Polar Medal was inaugurated in 1904 for members of Captain Scott’s first expedition to Antarctica. It is awarded for extreme human endeavour against the difficult weather and conditions that exist in the Arctic and Antarctic.