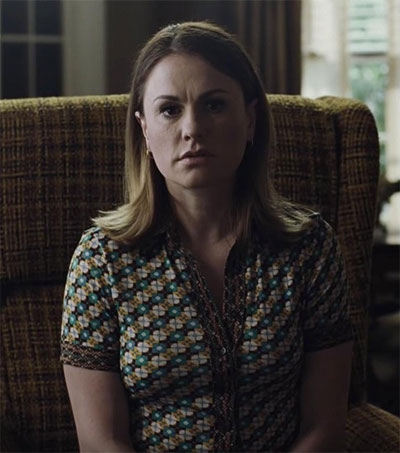 New Zealand-raised actor Anna Paquin, 37, who stars alongside Robert De Niro and Al Pacino in Martin Scorcese’s The Irishman, talks to The Guardian about breaking Oscar protocol, loving film-set pranks, and being a backseat producer even as a child.

“At the Academy Awards, when I won with The Piano, I was just confused that everyone knew who I was,” Paquin tells The Guardian’s James McMahon. “I was just some kid from a small town in New Zealand. After I got the award – because my parents had set me up not to be disappointed if I didn’t win and didn’t explain what I should do if I did – I broke Oscar protocol by taking my trophy down the stairs and back to my seat. If you look back at the footage, you can see people trying to stop me, and I’m just walking away to sit back down with my mum.

“I had an unconventional education,” she says. “I went to a Rudolf Steiner school, which is an alternative system of education. They don’t push academics, it’s more about promoting creativity. One of the big things is not watching television. They were much more into reading books and running around outside. And because I grew up in New Zealand there were lots of fun things to do outside.

“I grew up on film sets. I understand them. My friends were always the crew because they were closer in age to me than the adults in the film. It helped me understand how films are made – the composite parts and what my role was within the team – better maybe than some actors do who come to film later in life. I was always backseat producing, even as a child. I love pranks. The crew always has the best banter. You have to tuck your shoelaces in on set otherwise they’ll be tied to the dolly tracks.

“I love New Zealand. I’m proud to come from there. Would I live there again? I don’t really plan my life very far ahead – I have the next six months planned out because that’s the business – but beyond that I’m very day-to-day. Having targets just leads to disappointment.”

The Irishman is out later this year.

Tags: Anna Paquin  Guardian (The)  The Irishman  The Piano