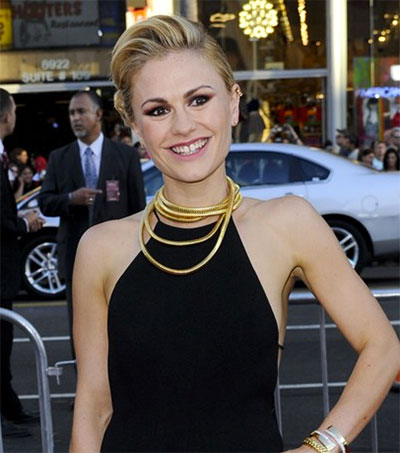 Golden Globe and Academy Award winner Anna Paquin has been cast in a new role opposite Forest Whitaker in the epic television miniseries, Roots, which is based on Alex Haley’s 1976 novel as well as other researched material.

They join Laurence Fishburne, who had already been cast as Haley, and newcomer Malachi Kirby who will play lead Kunta Kinte, the Mandinka warrior captured in his homeland of the Gambia and forced into slavery in colonial America. Irish actor Jonathan Rhys Myers (Tudors) also stars.

Paquin, 33, who is best known for her role as waitress Sookie Stackhouse in HBO’s vampire series True Blood, plays Nancy Holt, the wife of a Confederate officer who happens to have her own agenda when it comes to handling the slaves.

Production is already underway in New Orleans, and will move to South Africa later in September.