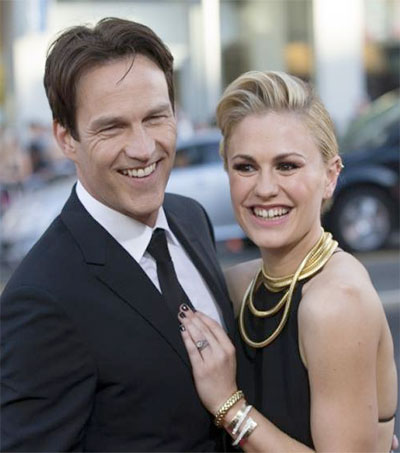 True Blood star New Zealander Anna Paquin, 32, is set to return to HBO as Madame X in a new miniseries she is developing with husband Stephen Moyer and Jack Black.

TheWrap reports that Madame X is based on the novel My Notorious Life by Kate Manning that tells the story of a Victorian woman who rose from poverty in New York City to become a successful midwife known as Madame X.

The book is based on a real-life woman Axie Muldoon, the daughter of Irish immigrants, who courted controversy over her willingness to help women with both wanted and unwanted pregnancies.

Paquin, Moyer and Black will produce through their own production companies.

Since True Blood ended in 2014, Paquin, who also played Rogue in 2014’s X-Men: Days Of Future Past, has been enjoying some downtime with her toddlers, Charlie and Poppy.

In 2009, for her role as Sookie Stackhouse in True Blood, Paquin won a Golden Globe Award for Best Performance by an Actress in a Television Series – Drama.