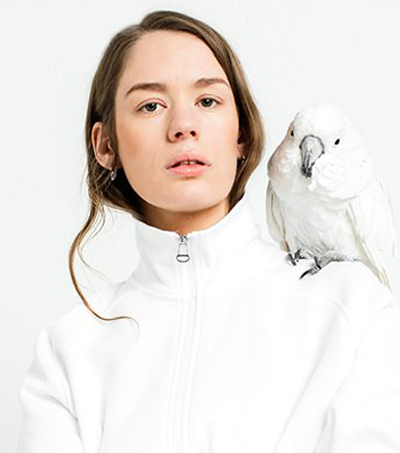 Norwegian-Kiwi Duo Anna of the North

The Norwegian-Kiwi duo “Anna of the North is a product of heartbreak, and the recovery that comes after,” writes Roisin O’Connor in an article for The Independent.

“Anna Lotterud was working in a shop in a small town near Oslo, Norway when an encounter with a stranger prompted her to book a flight to Australia and leave her life – and relationship – behind,” writes O’Connor. In Australia she met New Zealand-born producer Brady Daniell-Smith, “who’d been struggling with his own relationships, and who encouraged her to find solace in song writing.”

That “collaboration became Anna of the North – a thrilling brand of electro-pop that Norwegian artists seem to excel at.”

The duo recently released their track Someone – a song about “accepting that you’re only human and learning how to forgive yourself for your own mistakes and accepting that sometimes we need someone to save us from repeating any old habits.”

In an interview with The Independent the duo said they will drop an album in 2017 and go on tour. They also speak about the first gig they ever played. To read more about Anna of the North, please click here.

Their debut album Lovers will be released on 8 September.

Tags: Anna Lotterud  Anna of the North  Brady Daniell-Smith  Independent (The)  Lovers  Someone