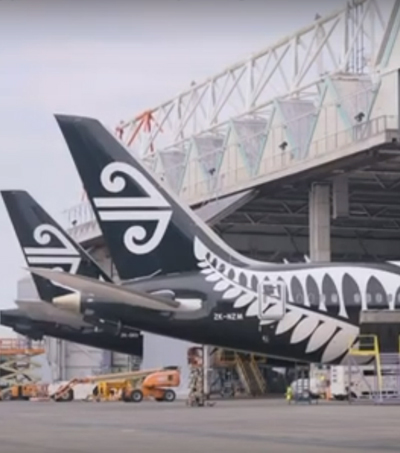 “Air New Zealand’s exploration of 3D technology for parts and tools has ratcheted up a notch after it successfully ordered a 3D bumper protector for seats from Singapore and had it made and installed in Los Angeles before a scheduled flight departure.” Australian Aviation reports.

“The first experiment of its kind in the aviation industry was a collaborative effort between the airline and US components and systems provider Moog, Singapore-based ST Engineering and Microsoft, Air New Zealand announced on Wednesday.”

“Aerospace technical, defence and engineering company, ST Engineering digitally sourced the part that protects seats in business premier class from damage when screen monitors are pushed into them.”

“It sent the digital part file to an approved 3D printer operated by Moog in Los Angeles. It was then installed within hours of a scheduled departure of an Air New Zealand Boeing 777-300ER.”

“Rather than having the cost associated with purchasing, shipping and storing physical parts and potentially having to fly an aircraft with an unavailable seat, this system would allow us to print a part when and where we need it in hours,” said Air New Zealand’s chief ground operations officer Carrie Hurihanganui in a statement.

“The end result of the collaboration opens the door to a future of distributed networks starting with a digital design file and ending with a physical part. This will decrease lead times and result in less down time for airlines,” said Hurihanganui.