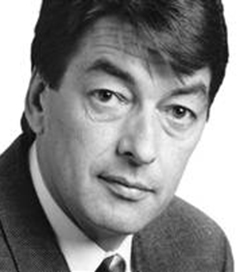 Longtime NBC news correspondent New Zealander Tom Aspell has died aged 62. NBC News president Steve Capus described Aspell as “understated, selfless, perpetually cool, shrewd, wry, curmudgeonly, and a damn good reporter”. “From Southeast Asia to the Middle East … to the Balkans … to Afghanistan, Iraq, Iran and dozens of other ‘hot spots,’ Aspell made his mark on behalf of NBC News for 28 years,” Capus said. After beginning his career as a scriptwriter and cameraman with Visnews in 1970, Aspell joined NBC News in 1985 as a producer based in Cyprus. He later became a foreign correspondent, and in this role covered events ranging from the fall of Saigon and the toppling of Saddam Hussein, to the Bosnian War, Beirut and Baghdad – all the while displaying what NBC’s Brian Williams described as “an intense brand of cool under fire.” Aspell was the recipient of several awards, including the National Press Photographer’ Association’s in 1979 for coverage of the Iranian revolution, an Emmy for coverage of the Romanian revolution in 1989, and the National Headliner Award for coverage of Yugoslavia in 1993. Aspell lived on Cyprus. He loved to sail.