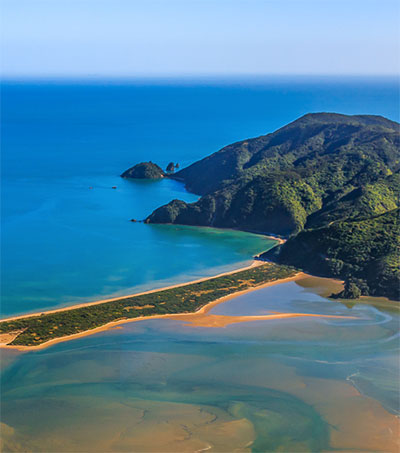 The American Dream is in New Zealand

“What’s the deal with New Zealand?” NBC News correspondent Keith Morrison asks in a recent clip for the network. “It’s become a thing not only to visit but find work, even immigrate to this South Pacific country at the bottom of the world.” Morrison sets off to see if he can uncover the secret of why Americans are obsessed with our shores.

Idaho native Ryan Ward, who lives in Dunedin and teaches at Otago University, moved here with his wife and four children a couple of years ago on a work to residence visa. He isn’t returning to the United States. And this is where Morrison began hearing a phrase, which he heard a lot.

“One of the big things that I enjoy is the work-life balance,” Ward explains. “In academia, at least in the places I was in the States, family time is not viewed as a positive thing. Here, it’s almost like you get in trouble for not taking the appropriate family time. It’s nice to know I can still have them as the top priority.”

“It’s an incredibly welcoming place,” Morrison says, who is invited on to television’s evening news show The Project. “For now,” host Jesse Mulligan says, “we’ve got plenty of room.”

In the last five years, Americans have snapped up more than 650,000 acres here, he reports. Among them, a few Silicon Valley and hedge fund billionaires.

“If it all goes up in smoke, New Zealand is probably the best place to be,” MediaWorks chairman, American Jack Matthews says.

“I don’t think people are being repelled by America as much as they are being attracted by New Zealand,” Matthews says. “It’s an understated culture and I think New Zealanders don’t really like people who show up in … you know, and don’t fit in.”

And the politics is different.

“There can be debate and robust disagreement, but in the end, something gets done,” he says.

Sam Neill takes Morrison on a tour of his Otago vineyard, Two Paddocks.

“Well,” Morrison says, “that and work-life balance as they say.”