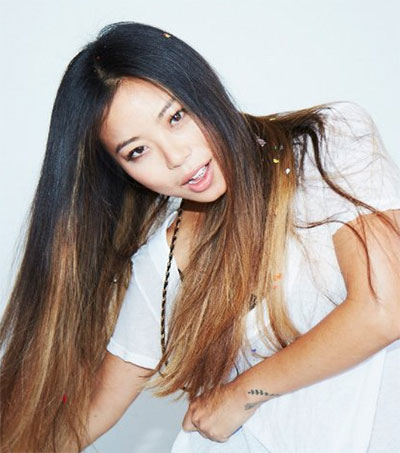 Christchurch-born actress Michelle Ang, 32, made her debut on the web series Fear the Walking Dead: Flight 462, earning an Emmy nomination for the role. This year, she’s trying her hand as a producer in the upcoming independent film For Izzy, in which she will also star.

In For Izzy, which is currently crowdfunding to finish production, Ang plays a recovering opioid addict who befriends a woman with autism. When Ang read the script, it “really spoke” to her – and at the audition callbacks, she promised to help writer-director Alex Chu get all the resources to get the film made.

Getting to this point has been an uphill climb. Ang has been an actress since she was 13, starring mostly in television dramas and sci-fi dramas in New Zealand and Australia, including Outrageous Fortune and Neighbours. Along with some roles in festival films, the regular television work gave Ang the motivation to try acting in the biggest market – a decision which meant coming to America. “I’m really glad that I was so naïve,” Ang said. “If I knew then what I knew now, I probably wouldn’t have tried.”

According to Ang, what makes For Izzy different is the kind of actors who get to play the lead roles. Included in the film’s cast are Elizabeth Sung (Memoirs of a Geisha) and Jennifer Soo (Yes, And…). Ang said that even though the lead roles are being played by three Asian actresses, ethnicity doesn’t define who they are in the story.

The diversity and the realistic depiction played a big part in Ang’s acceptance of the project. “The dialogue is changing in television – we’re moving really well towards including diverse casts,” she said. “Really big feature films aren’t as diverse, so I’m going to start from grassroots, hopefully pick up some eyes, and continue from there.”

Ang is based in New York.