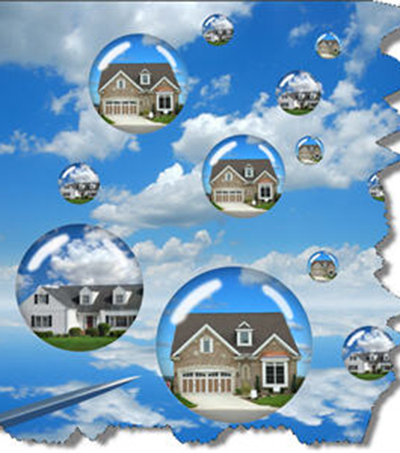 First it was a Forbes columnist poking the borax at the New Zealand economy; now Goldman Sachs is having a go at our property market. The Goldman report is a look at central bank attempts to rein in housing bubbles around the world, particularly New Zealand. Its findings are reported in the Financial Times under the heading: “So, you thought London house prices were barmy…”

Forbes’ Jesse Colombo is also preoccupied about property. And household debt, the proportion of mortgage debt on the banks’ balance sheets, the finance sector’s dominance of the economy and New Zealand’s external imbalances: we earn less than we buy from other countries.

In fact, says Colombo, our housing and credit is but one giant bubble that must burst – and when it does, it will take down the entire economy.

The Government, facing an election in September, has not been amused. “Bubble-ologist,” announced Steven Joyce, known locally as the Minister of Everything. “[Colombo] has picked 27 of the past three recessions.”

Not to be outdone for invective, Colombo replied with the somewhat underwhelming but accurate: “Zoologist”.

For the record, there is nothing inaccurate in Colombo’s figures; these are long-standing and well-known economic weaknesses. Consensus economists’ thinking is that the Forbes’ man has merely overstated the size of the problem and, like all clever rhetoricians, ignored the offsetting positive economic elements.

Goldman, the investment bank people love to hate, has produced something quite different and new: the first qualitative research into unorthodox monitory policy to deflate housing bubbles without bursting the buggers and causing collateral economic damage.

The Reserve Bank of New Zealand has some form in unorthodoxy, being the first to introduce inflation targeting, plain English publishing of its reasons for raising or lowering interest rates and, more recently, the introduction of loan-to-value ratios restricting bank lending on more than 80% of the value of a home.

New Zealand’s initiative is now being examined by the UK’s Financial Policy Committee, reports the FT.

But does it work? Goldman cautiously thinks there is some effect. It believes efforts from the Reserve Bank and its equivalent in Canada inhibit the growth of real household credit by 1%. That’s statistically significant.

But there are caveats. Too little data, too little time. The only clear correlation, says Goldman, is between easing monetary policy and the rapid increase in household credit. But we knew that.

No word yet from the masters of the universe on what possible impact of the Labour Party’s new “floating savings rate” policy might have on household credit, savings, house price inflation and the exchange rate, which no economy in the world has ever implemented.