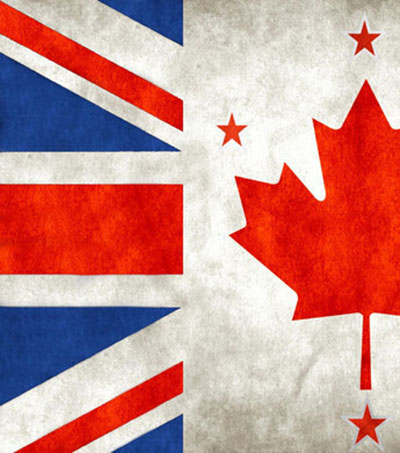 New Zanada is Officially The Nicest Country In The World

BuzzFeed has compiled a list of how great two of the nicest countries in the world would be if they were put together.

The joined nation of New Zealand and Canada, dubbed New Zanada, has its own flag, national sport, and national animal.

The flag is a mixture between New Zealand and Canada’s, the national sport is Haka Hockey, and New Zanada’s animal is a cross between a Kiwi and a Moose called a Kiwoose.

The article talks about the similarities between the two kind nations, and how good they would be together.

BuzzFeed points out that the two largest cities, Auckland and Toronto, are remarkably similar. 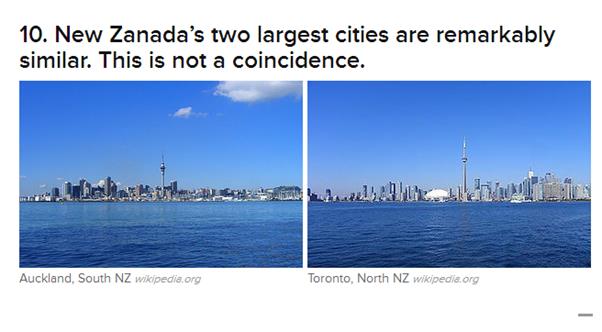 BuzzFeed also joked that discussions are underway to work out how to pipe maple syrup from lower to upper New Zanada.

The article generates humour at the expense of the rival nations of each country, Australia and the USA.

“A true marriage of equals, New Zanada tolerates none of the overwhelming North American bias that characterises Ameristralia.”

“Sure, Ameristralia is the world’s biggest nation. But biggest isn’t always best.”