“We here in the ‘west island’ like to cling to that old cliché of New Zealanders being slightly simple sheep-botherers, so it’s a bit of a shock when you get there and realise how…

In the aftermath of the earthquake that rocked Christchurch on September 4, an Arizona State University (ASU) geotechnical engineer says the US should learn from what New Zealanders did to withstand a recent powerful…

A Massachusetts newspaper feature on NZ wine covers the country’s world famous sauvignon blanc, increasingly renowned pinot noir and the cool climate whites now waiting for their turn in the spotlight. The author talks to winemakers…

NZ’s iconic 21-year-old nuclear ban has returned to the news, both as a sideline issue in the recent parliamentary elections, and through a National Power Union-commissioned white paper on the pros and cons of nuclear power….

A new points-based immigration system could end the door-opening power of the ancestral visa. Many New Zealanders and other Commonwealth citizens have relied on having British grandparents to allow them to settle in the EU. Under…

Keeping Up With the Kiwis 1

New Zealanders may have long been the butt of “fush and chups,” but according to Paola Totaro there are more than a few reasons New Zealand has got one over on Australia. Totaro gives several including…

76 Tampa refugees were made NZ citizens on April 8, including the youngest on board Azizullah Mussa (now 17). “I’ve been waiting three years for this day to come. I can call myself a Kiwi now,”…

The “brain drain” issue is back in the news with a vengeance, sparked by Immigration Minister Paul Swain’s newly minted campaign to lure ex-patriots home. Writing in the NZ Herald writer Simon Collins received a staggering number…

NZer Graham Cherry, director of the Baghdad International School, intends to stay on in Iraq despite repeated warnings for Westerners to leave. Cherry: “I have no plans to leave. The school is open. I don’t want…

Clean and Green: Even Out of the Lab?

“The clean green reputation of NZ – an image worth millions, according to the environment industry – is under threat.” The GM issue continues to divide NZers, rearing its head in  the fields of economics, agriculture, tourism,…

Sirs and Dames or Sheilas and Cobbers?

Politics and Economics | Bulletin (The)

Give Me Your Skilled, Your Entrepreneurial

Immigration issues are foremost in a feature interview with Helen Clark in The Bulletin. Clark contributes to the discussion about immigrants’ contribution to growth, or lack thereof, and muses on NZ’s wider place in the world….

Kiwi “Who Was Who” Goes Online

Kiwi Bashing is No Joke

Air New Zealand’s role in the financial difficulties of Ansett Australia has created heated comment in the Australian media. “In recent days it has not been difficult to come by jokes and derisive comments about New Zealanders….

New Zealanders and Australians unite in New York City to share their grief at the loss of antipodean lives on September 11th. Kiwi Alan Beaven, a leading environmental lawyer based in California, was on the hijacked plane that…

New Zealanders on the big OE are staffing London’s offices: “They usually have stable work histories and excellent IT skills, great interpersonal skills, confidence, and a good work ethic”.

You Can’t Beat Them

“Circulating everywhere are professional crewmen and women-nearly all of whom seem to have blond hair, flawless physiques and charming New Zealand accents. They are constantly on the prowl for a better berth.”

The Tough Got Going

“Tough New Zealanders, adept at navigating the desert by the stars-and-sun compass,” formed a key part of David Lloyd Owen’s Long Range Desert Group, “regarded by some as one of the most cost-effective special forces…

“Aim for a flet tummy,” says the kiwi instructor.

“Crime fighters can score one for the Internet, thanks to a heads-up play by a New Zealand teenager who may have exposed a school shooting plot.”

New Zealander Kent Robertson adds his two cents worth on the Trafalger Square pigeons: “I’ve been coming to London for 30 years and feeding the pigeons has always been a great treat.”

Earth hits the nadir of its orbit in summer – the mere 147 million kilometres between us and the sun mean New Zealanders face “extreme” ultra-violet levels.

47% of New Zealanders, including 63% of Maori, believe the monarchy should go.

“We’ve made the decision to go home, and I urge other New Zealanders to do the same. Let’s stop helping the economy of a country where we’re not welcome,” says Phillipa Hawkes, packing to come home following…

New Zealander’s average weight is increasing, but so is the general fitness of the population.

New Zealanders, the group with the highest rate of employment in Australia, will lose the right to benefits under new immigration restrictions.

Helen and Clyde Berkshire run the world’s only Harvester tractor museum, in Indiana. New Zealanders have a special interest in the display.

Reading Edge in US

Over the last twenty years, many young New Zealanders have benefited from “Reading Recovery”, the revolutionary learn-to-read programme created by Dame Marie Clay. Now the programme is spreading into American schools.

Women currently fill the highest offices in New Zealand. Some people find this rather incongruous. “…this progress might be thought a bit of a shock for a country famous for beefy rugby players, not…

“New Zealanders are becoming bolder and prouder about who we are. We’re no longer looking overseas for our theatre. We’re telling our own stories and feeling good about it. And not just Maori” 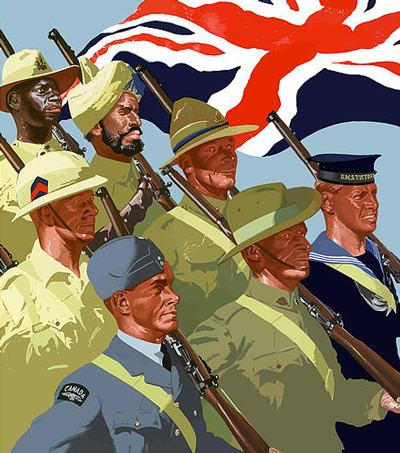