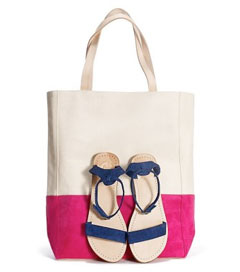 As If You Needed Another Reason to Go Down Under

Waiheke Island’s “stylish hotel” Oyster Inn has its own selection of fashionable Waihetian beach accessories available on site at their shop; souvenirs worth the trip to New Zealand, according to Condé Nast Traveler. “We’ve always…

Award in the Bag

Auckland performance producers, designers, choreographers and maestros-in-general Mike Mizrahi and Marie Adams and a team of 150 created Louis Vuitton’s 150th anniversary celebrations around the world with the new LV store at 5th and 57th being the…

Canterbury-based Escorial Company, in conjunction with CSIRO (Australia’s Government science organisation), has produced the world’s finest bale of wool, registering a fibre diameter of 12.7 microns. “The finest bale up to now was 12.9 micron in raw…

“This first-hand look at Louis Vuitton’s new Cup Collection, and the glamorous models that showcase the high-rolling styles of the super yacht world, is based in Auckland, New Zealand, home of the Louis Vuitton…

Peter Blake is among the stellar collection of artists, writers, stars of show-business, sports, politics and business who have posed for a unquie collection of portraits called Rebonds, published by fashion house Louis Vuitton. The…