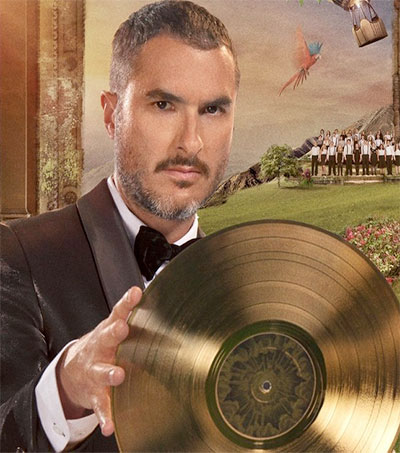 Some of the biggest names in music, including New Zealanders DJ Zane Lowe and singer Lorde, have united to record a cover of the Beach Boys track God Only Knows for the BBC’s new music initiative, BBC Music.

The song features the legendary Brian Wilson himself, making two short cameos during the video, sandwiched in between dozens of the biggest names in music. The other 26 artists involved – talents who run the gamut from pop to classical and rock and opera – all take turns putting their own spin on the 1960’s classic, line by line.

The song will soon be available for download in the UK, and is up on many streaming services as well. All sales of the benefit track will go towards the BBC’s Children in Need program, which says its mission is to see that every child in the UK has a childhood that is “Safe, happy and secure, and, allows them the chance to reach their potential.”

The star-studded version of God Only Knows was filmed at the Alexandra Palace Theatre in north London, which is where the BBC first broadcast 90 years ago.

About the cover, Wilson told the Guardian: “All of the artists did such a beautiful job I can’t thank them enough. I’m just honoured that God Only Knows was chosen. [It] is a very special song. An extremely spiritual song and one of the best I’ve ever written.”

BBC Music will be the newest arm of the conglomerate, and will focus on all things music with original programming and special content. The new music service can be found on TV, radio, and online.