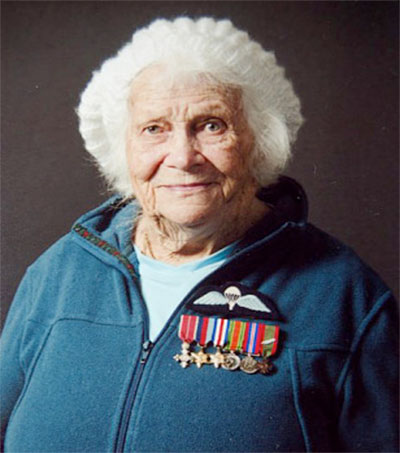 Motivated in part by revenge for the murder by the Germans of a close family friend, Doyle engaged in a mission to gather information on German positions ahead of the D-Day landings. In all, she relayed 135 secret messages to Britain before France’s eventual liberation in August 1944.

She was awarded the MBE for her bravery by the British government but her actions have remained largely unheralded. Doyle didn’t even tell her children about her exploits until 15 years ago.

That anonymity has changed with the French ambassador to New Zealand, Laurent Contini, bestowing upon her the Legion of Honour.

Doyle was one of a handful of female agents working for the Special Operations Executive (SOE), set up to spy upon and sabotage Nazi-occupied Europe.

It wasn’t until the last 15 years or so – and her children now grown up – that Doyle confided in them about her career as a spy. “My eldest son found out by reading something on the internet, and my children insisted I send off for my medals,” she said.