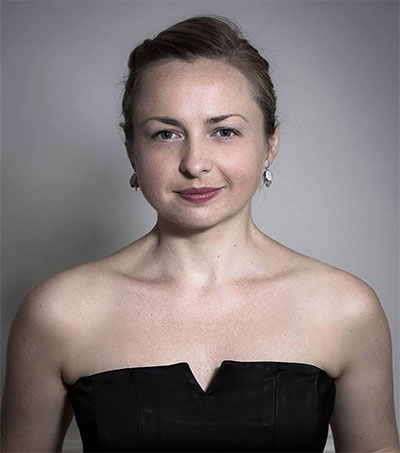 Several factors set Holly Mathieson apart, according to the Herald Scotland. Mathieson, 35, who has just made her debut as assistant conductor of the Royal Scottish National Orchestra, comes from the Antipodes, for starters, and she says she has already found it useful to be an outsider to UK’s class and gender attitudes.

“I left school with a female head of department, a female university vice chancellor, a female Prime Minister. We took it for granted we could go as far as we wanted as long as we had the talent and work ethic to take us there,” Mathieson says. It is notable that New Zealand’s three most successful under-40 conductors today are all women – that’s Mathieson, Tianyi Lu and Gemma New.

Mathieson is perfectly aware of what it means to craft the right image and identity on the conducting podium, not least because she holds a doctorate in Music Iconography and wrote a thesis called “Embodying Music: The Visuality of Three Iconic Conductors in London, 1840-1940”. Basically she spent several years looking at portraits and written descriptions of stern Victorian gentlemen with extravagant whiskers. Not a single woman cropped up in her research, of course.

“Classical music iconography hasn’t changed all that much since the 19th century,” she says. “Most conductors want to make themselves look more successful than they really are, and I often look at pictures of my colleagues, both men and women, and wonder why on earth they’re all pretending to be middle aged men.”

Mathieson says she feels “incredibly lucky to be living in an age when people are interested in perceived feminine qualities in leaders, whether men or women.”

“The job is more collaborative, more sociable. Most musicians – not all, but most – no longer want that old-school authoritative figure of the Victorian portraits.”