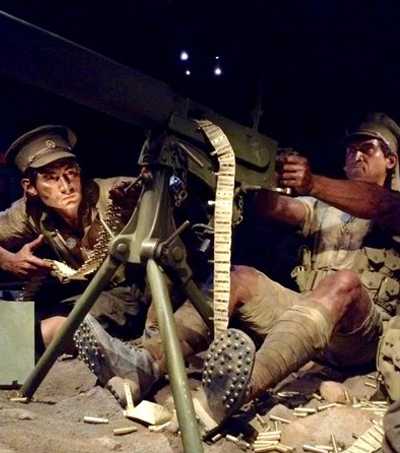 “From the battlefield to the hospital ship, attendees get a unique look at the battle of Gallipoli with the Gallipoli: The Scale of Our War exhibit” – a collaboration between the museum and Weta Workshop to honor the World War I centenary, writes Chelsea Grubbs for MakeUp Magazine.

Eight New Zealanders, who experienced the Gallipoli battle firsthand are at the centre of the exhibition.

For each one of these individuals Weta created a giant sculpture to depict a poignant moment in each of their lives.

“The giant sculptures took a staggering 24,000 hours to create, and countless hours were spent researching their rich histories,” according to Te Papa.

The exhibit will run through 2018 at the Museum of New Zealand Te Papa Tongarewa in Wellington, New Zealand.