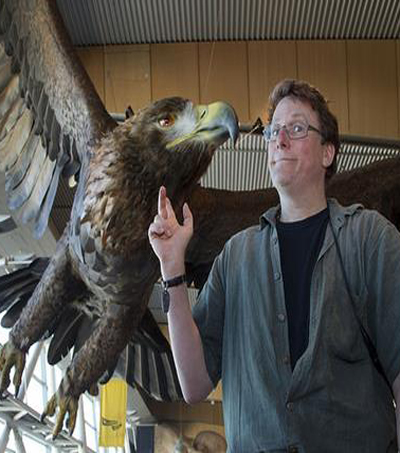 Hobbit fever is ramping up in Wellington ahead of the third and final installment of Peter Jackson‘s “Hobbit” trilogy and Weta Workshop is expanding to meet demand.

In a bid to cater to growing demand from tour groups for a peek into Wellington’s world-renowned film-making industry, Weta Workshop said on Friday it is expanding the Weta Cave experience to cater to larger groups.

Guarded by enormous Orc statues, the original cave gives people a chance to see and sometimes handle costumes, armor, prosthetics and other props – including full scale tanks and aircraft as well as intricate miniatures – used in some of their favorite movies as well as to meet some of the artists as they work.

Weta Workshop is known for its work on a variety of films including the Lord of the Rings Trilogy, King Kong, The Chronicles of Narnia, Avatar, District9, the Aventures of Tintin, Elysium and The Hobbit Trilogy.

While more than 70,000 people go through its doors each year, it can only cater to around 20 people a time.

The new Weta Cave Experience is in a facility twice the size and has been developed for tour groups of up to 55.

Both will continue to operate as the new cave is for groups of 10 or more and for group events, including school, community and corporate groups as well as tour groups.

Not only will visitors get a chance to see 3D printing and a virtual arsenal of weaponry, but tours will includes hand on experiences such as making fake blood, working with chainmaille and a variety of demonstrations. Weta Workshop General Manager David Wilks says the new facility was driven by demand and the desire to create a quality experience for tour groups.

The screen industry is currently worth around 3 billion New Zealand dollars to the Island Nation, with feature films generating around NZ$1 billion of that.

Much of the revenue is generated in “Wellywood,” which includes Weta Workshop and the visual effects company Weta Digital.