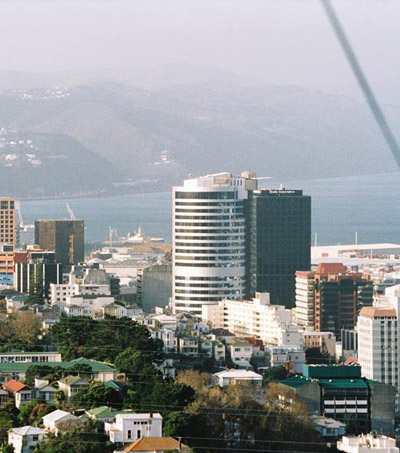 Wellington, which celebrates its 150th year as New Zealand’s capital, has a funky, creative vibe, which comes in part from a strong community feel. These characteristics make it one of the BBC’s 2015 “Hottest Cities”.

Director of the Visa Wellington on a Plate food festival Sarah Melke said the city has no shortage of trendy restaurants, bars and cafes. Cuba Street, in particular, located just south of the CBD, is “seriously cool”, Melke said.  The city has more than a dozen independent coffee roasters.

“We say that Wellington ‘acts like a city, but loves like a village,’” she said. Travel blogger Liz Carlson, who moved to the city from Washington DC, agreed. “Every barista has a smile for you, people in shops ask you how you are doing, and strangers greet you on the street,” Carlson said.

The community vibe can be felt across the city’s neighbourhoods. Kelburn, just north of the CBD, is easily accessed by cable car and is popular with students and families, while film buffs may want to check out Miramar, southeast of the city centre.