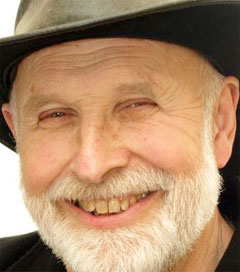 Weatherman Predicts Year Ahead for Ireland

Auckland-born weatherman Ken Ring has made his latest predictions for the coming Northern winter, forecasting a white December for Ireland. Ring, who predicted the deadly Christchurch earthquake and Ireland’s arctic winter in 2010, also forecast the country’s record-breaking July heat wave with uncanny accuracy back in January.

The TV forecaster, who uses the moon, sun and tidal activity to make his forecasts, expects snow in Ireland in December- though they just miss out on a white Christmas.

But the forecaster, who has penned his 450-page Irish weather almanac for 2014, is not expecting the arctic conditions of 2010 to return.

He forecast quite a balmy run-in to the winter with a mild autumn expected from his charts.