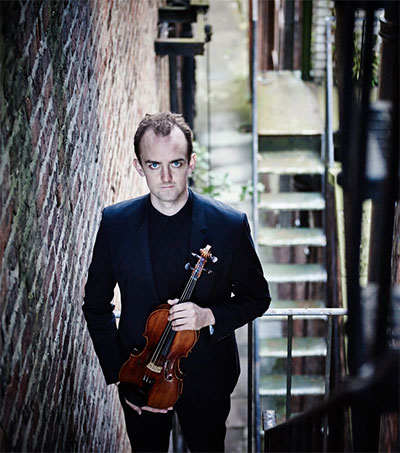 Violinist Benjamin Baker, 26, has been named one of four first prizewinners at the 2016 Young Concert Artists (YCA) International Auditions in New York.

The four artists were selected from a pool of nearly 200 applicants from 20 countries. Each musician receives three major debuts in New York and Washington D.C. next season, and will join the roster of Young Concert Artists Inc., which provides at least three years of management, concert engagements and promotion.

YCA is a non-profit organisation dedicated to discovering and developing the careers of talented classical musicians. Audition prizewinners are selected on the basis of their exceptional musicianship, virtuosity, and individuality.

Baker studied at the Yehudi Menuhin School and at the Royal College of Music in London. In 2013 he won first prize at the Windsor Festival International String Competition and in 2015 made his first CD for Champs Hill Records.