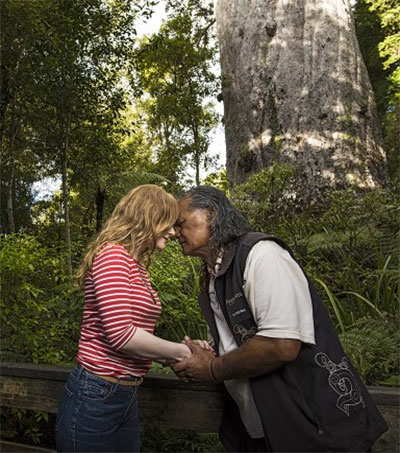 In a revealing new interview with American television show Entertainment Tonight, Jurassic World: Fallen Kingdom star, Bryce Dallas Howard opens up about the health struggles she faced in her 20s and how New Zealand helped her start a family, find solace and make a life-changing decision to leave Hollywood.

Born in Los Angeles to director Ron Howard and writer Cheryl Alley, Howard was just five when she awoke in Queenstown and gazed out enormous windows into a stunning, awe-inspiring vista. Accompanying her father while he filmed Willow, she was wowed by her first glimpse into a world outside her American homeland, and the powerful moment would stay with her for years to come. But little did the wide-eyed youngster realise that the nation would one day have a profound impact on her journey into motherhood.

It was at New York University where she met actor Seth Gabel, whom she would date for five years before the two got married in 2006. Soon after getting engaged, the couple found themselves facing major hurdles with their family dreams. “I was really struggling and having some challenges,” Howard says. “I learned that I was going to need minor surgery in order to conceive. Then my friend had an appointment with a New Zealand man, Papa Joe, who would come over once a year and stay in this incredible house in Topanga Canyon, where he and his folks would heal people. I was sharing my woes with my friend and she said, ‘They’re leaving tomorrow, you should take my appointment.’”

The late Māori elder was a well-respected healer who travelled throughout the United States and Europe helping people and released a book in 2006 about his spiritual methods. Howard took the opportunity, but walked in with doubts about how much his practices could help her. Yet, within seconds of arriving, she recalls feeling the “powerful” nature of his practice.

While staying at the Treetops Lodge in Rotorua for her 34th birthday, Howard, now a mother of two, signed up to get a Romiromi massage, a holistic Māori body treatment. “I was telling the Māori gentleman my story, and as soon as I said, ‘Papa Joe,’ he just lit up and went, ‘My teacher.’” she recalls. It turned out that Papa Joe had trained him. “It’s funny how I was 24 when he treated me and this encounter was on my 34th birthday, 10 years later.”

Howard was named New Zealand Tourism Ambassador to the United States and Canada in 2017.