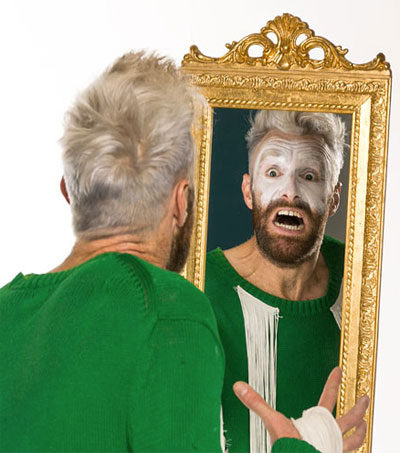 “By the time Wakenshaw is high-fiving every single audience member as they make their way out of a packed venue, the goodwill within the room is tangible. The prospect of a 90-minute clowning mime show at the beddy-byes end of a long day will test the endurance of even the most committed festival-goer. But with Nautilus (the final part of a watery trilogy launched by 2013’s Squidboy), the New Zealander continues to hit the physical comedy jackpot.

“During the course of 1.5 hours of expertly-performed and largely-silent segments, he transforms into a dozing dinosaur, a goofy bartender, a smarmy stand-up, a cheeky smoker, a put-upon air stewardess, Rapunzel, Aretha Franklin (and later, one of her backing singers) and a furball-producing cat. While a significant number of hour-long shows drag by, Nautilus zips along without you ever checking the time.”

Nautilus is on at the Pleasance Courtyard until 30 August.