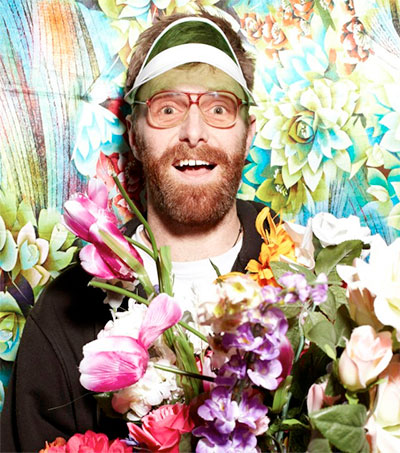 “It’s hard to get Doctor Brown out of your mind when watching Trygve Wakenshaw’s Kraken,” Guardian reviewer Brian Logan writes. “That’s not (all) Wakenshaw’s fault: his style of silent comedy was around long before Dr B made it hip again. But there’s more to the similarity than that. Wakenshaw starts his show with a brilliant entrance sequence that recalls the intro to Brown’s Edinburgh comedy award-winning show in 2012. He walks a similar line between childlike innocence and sexual threat. Even the venue’s the same: Brown performed on this stage for three years running, and made it his own.

“It says a lot for Wakenshaw, who enjoyed cult success with his 2013 show Squidboy, that he holds his own in the comparison. Kraken is a largely delightful stream-of-mime-consciousness, a one-man tour of a near-wordless, shape-shifting world, where horses turn into unicorns, which lead to a self-disembowelment, then segues into an elephant birthing its calf. Wakenshaw performs it all with a coy eye on the audience, defying us to question its good sense; and with frequent rug-pulling reference to the hollowness of the enterprise. His world is luridly visible – and yet, he likes to remind us, there’s nothing there.

“Flirtatious, outrageous, and skilful, Wakenshaw has the audience purring, and their affection intensifies when he sees off a stage invasion by rogue heckler.”