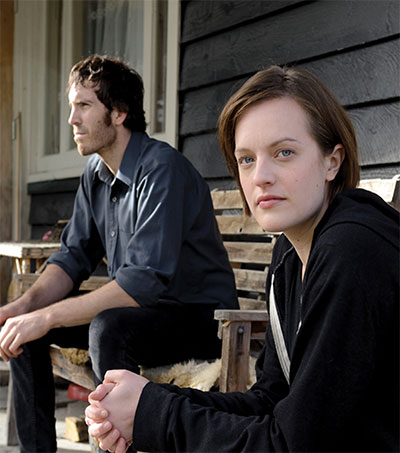 Critics loved Top of the Lake, New Zealander Jane Campion’s dark crime drama, starring Mad Men’s Elisabeth Moss as Robin Griffin, the police detective tasked with finding out why a pregnant 12-year tried to kill herself in a freezing lake in rural New Zealand. After a long break, Top of the Lake returns this year with Moss reprising her role.

The first season won Moss a Golden Globe for best performance by an actress in a miniseries and picked up seven Emmy nominations, including one win for best cinematography for a miniseries for lenser Adam Arkapaw.

Campion is again directing and co-writing the second season, titled Top of the Lake: China Girl, with Gerard Lee.

The Hollywood Reporter caught up with one of the show’s producers, Hakan Kousetta, COO of television at London-based See Saw Films, at the annual BBC Worldwide Showcase in Liverpool, to take about the next season.

“It’s a [season] that you can watch without having seen [season] one,” Kousetta explains. “It will be better if you have, because certain parts of the story carry over. I think it’s a more accessible show [than season one], even though there is debate about that. But I just met with our French broadcasters and one of them said it’s so much darker than the first one, but another said oh no, it’s not. It’s still very much a Jane Campion piece of work, and you can tell that instantaneously. She has carried on the themes of motherhood, which was a big part of the first [season] and is explored in much more depth in the second one. It’s about what it means to be a mother in the 21st century in both the Western and non-Western sense.

“It’s a traditional story, a murder investigation, and then there’s also a family drama, and then they come crashing together. It’s very complex and challenging and brilliantly rendered.”

Top of the Lake: China Girl will first premiere on BBC Two in the UK before airing on Sundance TV and Hulu in the US later this year.

Campion was appointed a Dame Companion of the New Zealand Order of Merit in the 2016 New Year Honours.