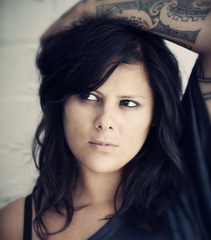 Christchurch singer-songwriter Anika Moa’s third studio album ‘In Swings the Tide’ has been released in Australia, and with the release Moa, 28, will perform several promotional concerts in Melbourne ahead of shows supporting Crowded House later this month and in early December. “‘In Swings The Tide’ is well beyond platinum sales in New Zealand, and has cemented Anika’s place as one of their most exciting female artists, garnering rave reviews for her sound that has been hailed as ‘pop perfection’,” writes Generation Q. Moa’s first album, ‘Thinking Room’ was released in 2001, followed by ‘Stolen Hill’ in 2005.