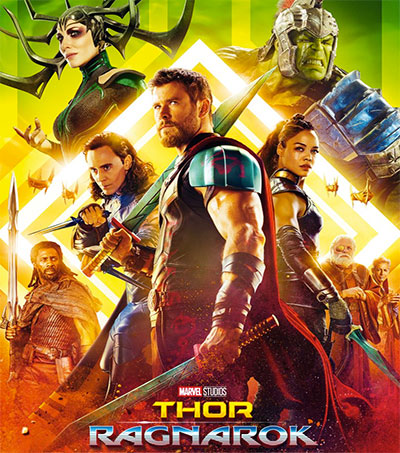 Taika Waititi’s Thor: Ragnarok has an “oddly beautiful scuffed-plastic aesthetic”; it’s “funny, charming, dazzling, gorgeously designed, and full of actors you already like,” with Waititi managing “to finally imbue Marvel’s dullest Avenger with a personality,” according to Variety. These are just some of the compliments the Wellingtonian, and New Zealander of the Year, has received for his take on the third installment of Marvel’s Thor franchise.

“Much of its charm lies in watching the characters bounce off each other, verbally and physically, when they could be making themselves useful. Childish is one word for it, and more of a compliment than it might at first sound – particularly as the film’s oddly beautiful scuffed-plastic aesthetic gives it the look of a 1980s action play-set come to life.

“The greatest trick [Marvel] wants to pull, at this point, is to make more of the same feel either exhilaratingly fresh, or sufficiently retro-inflected to qualify as a nostalgia trip.

“As both, Thor: Ragnarok counts as some kind of double peak.”

While chief film critic at Variety Peter Debruge had this to say:

And The Hollywood Reporter this:

“With Waititi at the helm, the clash-of-worlds CGI extravaganza blasts free of the previous installment’s leaden Dark World. Giant fire monsters in stygian underworlds notwithstanding, even the story’s central bad guys are silly fun, hammed to the hilt by Cate Blanchett and Jeff Goldblum.

“The relatively laidback angle on all the murderous spree-ing gives Chris Hemsworth a chance to find the comic groove beneath the title character’s beefcake godliness. He does it expertly, and the self-mocking humour is all the more welcome given Thor’s essential blandness. Even Anthony Hopkins’ high-ground patriarch feels a tad looser, while Tom Hiddleston offers more of the seething sarcasm that makes Loki, with his ever-shifting allegiances, the best thing to happen to bad hair in the new millennium.

“At any rate, as it arrives poised for a megalithic box-office haul, it might be helpful to keep in mind the advice offered by one character: ‘You cannot stop Ragnarok. Why fight it?’”

Thor: Ragnarok will be released in New Zealand on 26 October.