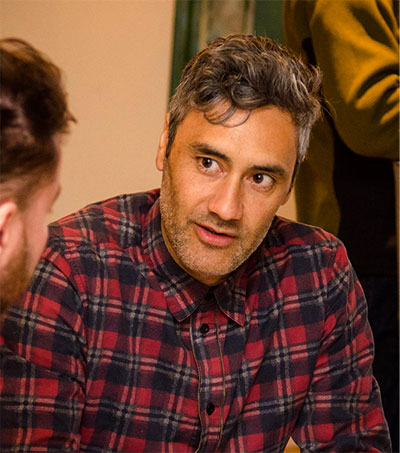 “As a director, [Taika Waititi has] got an impeccable ability to balance painful earnestness with biting humour,” Angela Watercutter writes for WIRED. “And as a comedy writer and actor, he produces jokes that land every time – even if they’re so subtle you don’t notice it at first.

“This has never been more true than in Hunt for the Wilderpeople, which premiered at the Sundance Film Festival and stars Sam Neill as a woodsy tough guy who ends up on the lam in the New Zealand bush with a gangster-wannabe foster kid (Ricky, played by newcomer Julian Dennison). It’s Waititi’s best movie yet, and it bodes well for his next project: Thor: Ragnarok.

“Yes, after a career of making small, subtle movies like the stellar Eagle vs. Shark, Waititi’s next gig is directing the third Marvel movie about the Asgardian god. And while his skillset may not at first glance seem suited to an interstellar superhero epic, the way Waititi does it, they are.”

WIRED says: “We should be very excited to see what Waititi does in the Marvel Cinematic Universe.”

Waititi’s 2010 film Boy became the top grossing film in New Zealand and was released internationally in 2012.