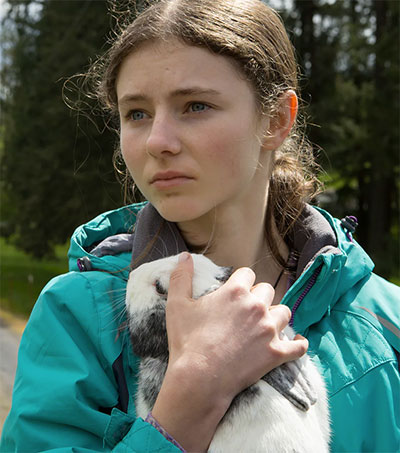 Thomasin McKenzie Steals the Film in Leave No Trace

Debra Granik’s third feature, Leave No Trace, which stretches the theme of life on the margins to breaking point, is already being talked of as one of the year’s best releases, according to The Guardian. It stars Wellington teenager Thomasin McKenzie.

While Ben Foster is excellent as the bruised, introverted Will, it is McKenzie, 17, as Tom, who steals the film. Headstrong, generous and smart, she is a tomboy in the old-fashioned sense of the word, says Granik, when it “meant ability, moxie, pluck”. In this sense, Tom shares a lot in common with Ree, Jennifer Lawrence’s character in the 2010 Oscar-nominated Winter’s Bone, a young woman whose self-reliant, can-do attitude stretched to catching, skinning and cooking her own squirrels.

Granik hopes that younger viewers will see Leave No Trace. The film, she says, celebrates the idea of “teen women [being] shown a role where they’re using a lot of smarts to survive. They’re not valued in the story because of some kind of sexual prowess or attributes. They’re not there only because of their physicality. Their mind matters.”

In a Telegraph review of the film, critic Tim Robey writes:

“If further proof were needed that Granik is a dab hand at coaxing revelations from young actresses, McKenzie – a gifted Kiwi previously best-known for her tiny role in the last Hobbit film – supplies this in spades. The script makes it perfectly clear what difficulties Tom has speaking up for herself, but it’s clearer still in her performance, all pent-up anxiety and bottled but welling emotion.”

Tags: Guardian (The)  Leave No Trace  Telegraph (The)  Thomasin McKenzie